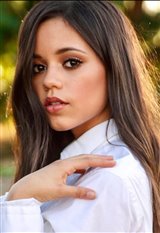 Jenna Ortega is an actress best known for her starring role on the Disney series Stuck in the Middle and for playing young Jane on the CW series Jane the Virgin. Jenna was born in Coachella Valley, California to parents of Mexican and Puerto Rican descent. She has three sisters and two brothers. At a young age, Jenna had already built up quite the resumé for herself in both film and television, mostly with leading roles. She made her acting debut at age eight on the sitcom Rob (2012), starring... See All