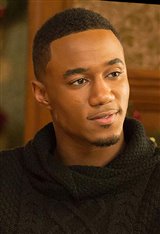 Jessie T. Usher Date of Birth: February 29, 1992 A native of Maryland and a leap year child, Jessie T. Usher began acting at a young age. When his older sister Jesstia book her first TV commercial, Jessie also wanted to get involved. His first job was in an Oscar Meyer commercial at the age of five. With both children showing signs of success, the family relocated to Los Angeles when Jessie was in his teens. He would excel academically, becoming a top honor student. He graduated high school at... See All