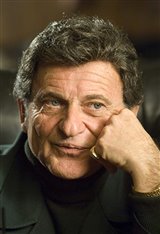 JOE PESCI Date of Birth: February 9, 1943 A phone call changed Joe Pesci's life. The son of working class parents in Newark, New Jersey, Pesci began performing on stage when he was only five and by the time he was 10 years old he was a regular on a TV variety show called Startime Kids. In his early 20s, Pesci was supporting himself as a nightclub singer and even pressed a few albums under the name of Joe Ritchie. A man of many talents, Pesci moved on playing guitar with a band called Joey Dee... See All