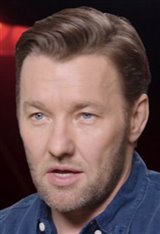 JOEL EDGERTON Date of Birth: June 23, 1974 Joel Edgerton was born in Melbourne, Australia. He studied drama at the University of Western Sydney, then immediately landed a guest appearance on the Aussie series Police Rescue in 1995, followed by a small role in the Columbia Tristar motion picture Race the Sun (1996), starring Halle Berry. More TV and film work followed and in 2002, Joel won an Australian Film Institute Award as Best Actor in a Leading Role in a Television Drama for The Secret Life... See All