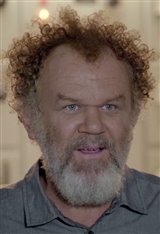 JOHN C. REILLY Date of Birth: May 24, 1965 John C. Reilly is an actor whose name is barely known, yet his face is almost always recognizable. Born and raised in Chicago as the fifth of six children, he was the product of a rough neighborhood on Chicago's Southwest side. Tagging along with a friend to a drama class one day, John fell in love with it and began performing in local theater at the age of eight. Attending a boy's Catholic high school, Reilly would go to the girl's Catholic high school... See All