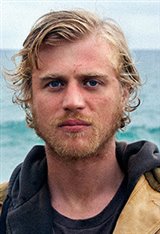 Johnny Flynn is a British singer, musician and actor who was born in Johannesburg in his mother's native South Africa to a family of actors. His father is actor Eric Flynn, whose sons from his first marriage are also actors, Daniel Flynn and Jerome Flynn (of Game of Thrones fame). Johnny's older half-sister Kerry Flynn is also an actress. When Johnny was 18, his father Eric died of cancer.While living in South Africa, Johnny was attacked by a Staffordshire Bull Terrier, which resulted in some... See All