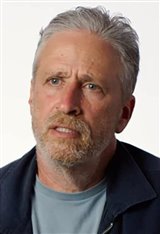 Before he was famous, Jon Stewart was born Jonathan Stuart Leibowitz. His family originally lived in New York City before moving to New Jersey during his childhood. When he was 11 years old, his parents divorced, and Stewart became largely estranged from his father. Stewart graduated from The College of William & Mary in Virginia in 1984 with a degree in psychology. He didn’t go into comedy straight away, instead taking on a variety of jobs including as a bartender, caterer, and busboy. He... See All