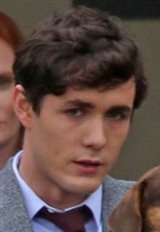 Jonah Hauer-KingJonah Hauer-King was born in London, England to former producer/director Debra Hauer, who was born and raised in San Francisco, and famed restaurateur Jeremy King. He also has Canadian roots, with his maternal grandparents hailing from Toronto, Ontario. Although his parents made sure Jonah had a realistic outlook on the uncertainty and instability of being an actor, by his mid-teens the youngster knew the stage was calling him. He was performing at the Edinburgh Fringe, the... See All