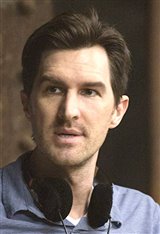 Joseph Kosinski was initially known as a television commercial director, especially in the gaming industry for his Halo 3 "Starry Night" commercial as well as for his "Mad World" commercial for Gears of War. Many accolades followed this, defining him as one of the best visual directors. In 2006, Kosinski moved to Los Angeles and began writing a story called "Oblivion." His story was picked up by Radical Pictures to be developed into a film. In the meantime, however, he would make his big screen... See All