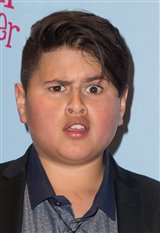 Julian Dennison Date of Birth: October 26, 2002 Julian Dennison was born in Lower Hutt, New Zealand, the youngest of four children. He made his debut in the film Shopping (2013) at age 11 and won the New Zealand Film Award for Best Supporting Actor for his performance. The auditions for the picture were held at his school, and the role ultimately came down between Dennison and his twin brother, Christian. He followed up this film with a supporting role in Paper Planes (2015) and appeared in a... See All