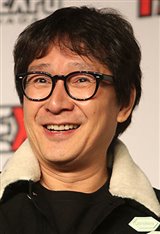 Born in Vietnam, Ke Huy Quan and his family left the country when Ke was seven years old. They emigrated to the United States in 1979, where Ke was enrolled in school in California. By the time he was 12, Ke had landed the plum role of Harrison Ford's sidekick Short Round in Steven Spielberg's adventure film Indiana Jones and the Temple of Doom (1984), after the casting director came to his school to audition children for the role. The following year, Ke joined a number of other child actors in... See All