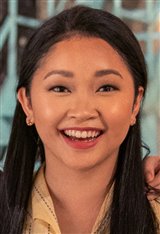 Lana Condor is a Vietnemese-American actress best known for her role as Lara Jean Covey in the Netflix film series To All the Boys I’ve Loved Before. Lana was born in Cần Thơ, Vietnam, and was adopted by her American parents, Mary and Robert Condor, when she was an infant. Her parents also adopted her non-biological brother Arthur. Lana spent her early years in Chicago, Illinois until she was seven years old, when her family made the move to Whidbey Island, Washington. Here Lana discovered a... See All