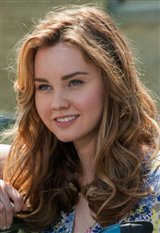 LIANA LIBERATO Date of Birth: August 20, 1995 Galveston, Texas native Liana Liberato began her career in 2005 while attending a week-long acting camp in California. There, the charismatic and energetic young actress caught the eye of an acting agent who asked her to Hollywood. That same year, Liana made her television debut in a small role on the hit crime drama, Cold Case. That led to more guest appearances and Liberato now boasts a resumé which includes stints on popular shows like House... See All