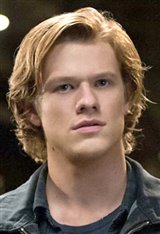 LUCAS TILL Date of Birth: August 10, 1990 Born in Texas, Lucas Till grew up in Atlanta, Georgia. When he was 11, his mother enrolled him in acting classes and he was soon discovered by an agent, who sent him out on auditions. He began with commercials before being cast in his first movie, the family film The Adventures of Ociee Nash (2003). His second role was in the horror film Lightning Bug (2004). With onscreen experience under his belt, Till travelled to Los Angeles to see what kind of roles... See All