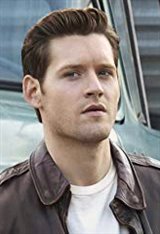 Luke KleintankDate of Birth: May 18, 1990 Born in Cincinnati, Ohio, Luke Kleintank was raised in Guadalajara, Mexico for three years from the age of two. His family moved back to the States when Luke was five, this time to Stevensville, Maryland, where his mother introduced him to acting when he was given a role in the stage musical Carnival. After high school, he moved to New York City, and made his television debut in 2009 with a guest role on NBC's Law & Order: Special Victims Unit. Luke... See All