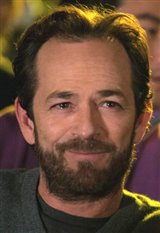 Born Coy Luther Perry III in Mansfield, Ohio, to Ann Bennett, a homemaker, and Coy Luther Perry Jr., a steelworker, and raised in Fredericktown, Ohio. His parents divorced when he was just six and Luke's father died of a heart attack in 1980. Luke attended Fredericktown High School, where he would get his first taste of entertaining audiences as Freddie Bird, the school mascot. Upon graduation in 1984 he moved to Los Angeles to pursue a career in acting. After 216 unsuccessful auditions, Luke's... See All