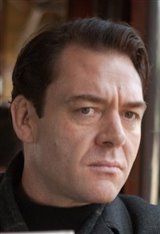 MARTON CSOKAS Date of Birth: June 30, 1966 Born in New Zealand but of Hungarian descent, Marton Csokas has been acting professionally since 1989. A graduate of the New Zealand Drama School, Marton has an impressive list of stage credentials including Julius Caesar, A Clockwork Orange and Twelfth Night. He also co-founded the Stronghold Theatre in Australasia, and has written and performed regularly with them over the years. Marton's first film role was in Jack Brown Genius (1994), which led to... See All