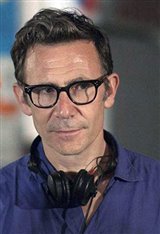 Born in Paris, Michel Hazanavicius achieved worldwide fame when he directed and wrote The Arist, which was nominated for 10 Academy Awards, including Best Picture, Best Director and Best Original Screenplay. Michel had dreamed of making a silent movie for years, because most of the directors he admired came from silent cinema. When he wrote the screenplay, he had Jean Dujardin and Berenice Bejo, his real life partner, in mind for the lead roles. Before working in film, Michel started in... See All