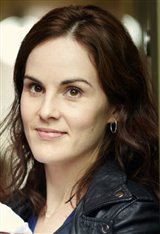 MICHELLE DOCKERY Date of Birth: December 15, 1981 Most familiar to audiences as the conniving Lady Mary Crawley on the PBS award-winning series Downton Abbey, Michelle Dockery is one of three daughters to parents Michael and Lorraine. She was born in Essex, England and warmed to acting, eventually graduating in 2004 from London's Guildhall School of Music & Drama. The same year, she made her professional stage debut in His Dark Materials. A year later, she won her first on-screen part in the... See All