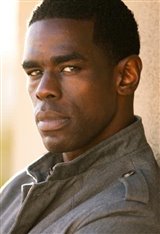 Mustafa Shakir is an American actor best known for his work on the Marvel Netflix series Luke Cage and Quarry. Mustafa was born in North Carolina, but grew up in Harlem, New York City. Growing up there, he would attend readings at a local theater, where he took his first step into the world of acting. After high school, Mustafa attended The New School, a private research university in New York City, where he graduated from in 2001. Mustafa made his acting debut in 1996, appearing on an episode... See All