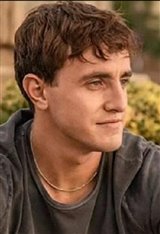 Paul Mescal was born and raised in Maynooth, County Kildare. He played soccer during his school years but gave it up after a jaw injury. When he was 16, he made his stage debut playing the title role in the musical The Phantom of the Opera. This inspired him to audition for The Lir Academy at Trinity College Dublin. He was accepted and graduated in 2017 with a Bachelor of Arts in Acting. Soon after, he was offered roles in two different plays and accepted the role of Jay Gatsby in The Great... See All