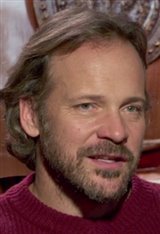 First gaining widespread notice playing the violent, yet charismatic, ex-con in the independent film Boys Don't Cry, American-born actor Peter Sarsgaard completed his studies at St. Louis' Washington University before starting his career in theater. Though he had taken drama in college, it wasn't until his senior year that he decided to take acting seriously. After co-founding the improvisational group 'Mama's Pot Roast' he continued his studies at the Actors' Studio in New York. From the... See All