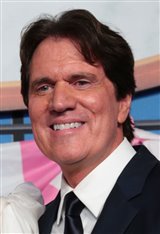 ROB MARSHALL Date of Birth: October 17, 1960 Rob Marshall began his career as a dancer on Broadway in shows such as Cats and Zorba. He soon rose through the ranks to become dance captain, and was first put to work as a choreographer when he was asked to provide additional choreography for the Broadway hit Kiss of the Spider Woman. That led to work on the Tony-award winning Broadway production of She Loves Me, and Marshall received an Olivier award nomination or his choreography when the show... See All