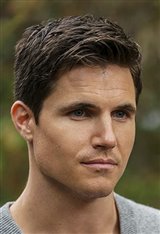 Toronto native Robbie Amell started modeling and acting in commercials when he was just six years old. When he was in his mid-teens, he began landing roles at Lawrence Park Stage in plays such as Louis and Dave, Picasso at the Lapin Agile and The Importance of Being Earnest. The experience made Robbie realize he wanted to pursue acting as a career. Not long after making that decision, Robbie landed the role of Daniel Murtaugh, the eldest son of Eugene Levy and Carmen Electra, in the major motion... See All