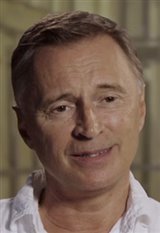 ROBERT CARLYLE Date of Birth: April 14, 1961 The son of a "bohemian" house painter, Carlyle got the acting bug at the age of 21 when he began hanging out at the Glasgow Arts Centre "on the promise of some attractive women." But picking up babes wasn't the only arena where he lucked out; his first gig as an actor was to play Orestes in the Centre's production of The Golden Mask of Agamemnon. Robert then studied theater at the Royal Scottish Academy of Music and Drama and, after three years, took... See All