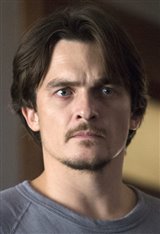 RUPERT FRIEND Date of Birth: October 1, 1981 Born in Oxfordshire, England, Rupert Friend trained at the Webber Douglas Academy of Dramatic Art in London. He was named "outstanding new talent" at the 2005 Satellite Awards. His most notable role to date is arguably as Mr. Wickham in the 2005 adaptation of Pride and Prejudice opposite Keira Knightley. He also appeared with Johnny Depp in The Libertine, as Billy Downs. Other film credits include Mrs Palfrey at the Claremont opposite Dame Joan... See All