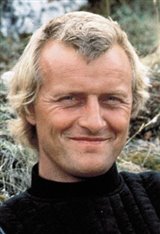 Dutch actor Rutger Hauer, who earned leading man status in Hollywood with roles in films such as Blade Runner (1982), The Osterman Weekend (1983) and Ladyhawke (1985), won a Golden Globe in 1988 for his work on the TV movie Escape from Sobibor. In 1999, the Dutch public named him the Best Dutch Actor of the Century. An environmentalist, he supported the Sea Shepherd Conservation Society. He died at age 75 at his home in the Netherlands on July 19, 2019, following a short but unspecified illness. See All