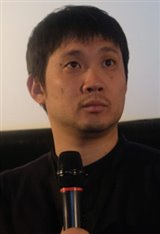 Ryûsuke Hamaguchi was born in Kanagaway, Japan. Following completion of his studies at the University of Tokyo and the Tokyo National University of Fine Arts and Music, he garnered attention for his graduate film, Passion, in 2008. Happy Hour (2015) was his first film to gain international attention when it began to win awards at film festivals around the world, including a special mention at the 215 Locarno International Film Festival in Switzerland, and as the winner of the Audience Award at... See All