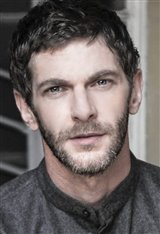 Sam Hazeldine was born in Hammersmith, London, England. A big fan of movies, acting, and music as a child, he decided early on that he wanted to become an actor. Sam went on to attend the Royal Academy of Dramatic Art to pursue his dream. After completing acting courses at the Royal Academy of Dramatic Art in 1993, Sam put his acting career on hold and tried his hand at creating music, joining as a singer for the rock group, Mover. He returned to acting in 2003. Sam made his television debut in... See All