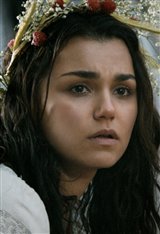 SAMANTHA BARKS Date of Birth: October 2, 1990 Samantha Jane Barks, who grew up on the UK's Isle of Man, began taking ballet, modern and tap dancing lessons when she was just three years old. She also studied singing and made her performing debut at age four in a local stage production of Snow White. She went on to play roles in other local amateur productions, including as Rizzo in Grease. In 2007, Samantha represented the Isle of Man in the Maltese International Song Competition, winning first... See All