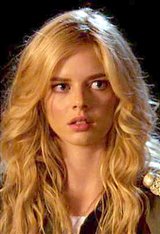 Samara Weaving Date of Birth: February 23, 1992 Like many other actors, Samara Weaving moved around a lot during her childhood, from her birthplace of Adelaide in Australi to Fiji, Indonesia and Singapore, before returning to Australia in her early teens. The niece of famed actor Hugo Weaving and the daughter of director/writer Simon Weaving, it wasn't a surprise that she followed them into the business. At age 16, Samara landed a recurring role on the BBC-TV half-hour drama series Out of the... See All