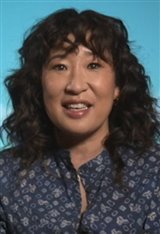 SANDRA OH Date of Birth: July 20, 1971 Born and raised in Nepean, Ontario, Sandra Oh began taking ballet lessons at the age of four. She became heavily involved in theater at school, playing the lead role in her first school play when she was ten. At 16, Oh began acting professionally in plays and commercials and by the time she was 18, she had a regular role in the Ottawa-based television series Denim Blues. After high school, Oh auditioned for and was accepted into Canada's prestigious... See All