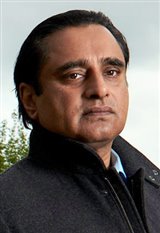 Sanjeev Bhaskar was born in Ealing, West London, and lived as a child above his parents' launderette in Hounslow, Middlesex. Originally from Gujranwala, now in Pakistan, his parents lived under British rule until 1947, when they were forced out, losing everything. They went to live in India as refugees, but never felt at home, so they moved to England in 1956. Born in 1963, Sanjeev experienced racism from a young age. He recalls that the white kids called him "a Paki," while his Indian friends... See All