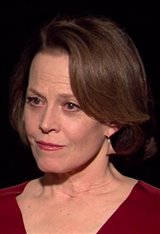 SIGOURNEY WEAVER Date of Birth: October 8, 1949 Birth Name: Susan Alexandra Weaver The daughter of NBC president Sylvester Weaver, Sigourney enjoyed a privileged upbringing that included getting degrees from both Stanford and Yale. It was at the latter school where she was told "that I had no talent and wouldn't get anywhere." Well, she sure showed them. After borrowing her first name from a character in The Great Gatsby, Weaver began her acting career in off-Broadway plays before a couple early... See All