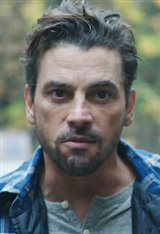 SKEET ULRICH Date of Birth: January 20, 1969 Skeet Ulrich has said that his biggest fear is "being labeled the next Keanu Reeves." But he doesn't have to worry about that because he's actually being compared to Johnny Depp. What with the high cheekbones, the clear eyes and the gaunt figure, he's a bit of a Depp clone. There are even career similarities—both had early big screen moments in horror films (Depp in Wes Craven's Nightmare on Elm Street and Skeet in Scream) and both have had moments... See All