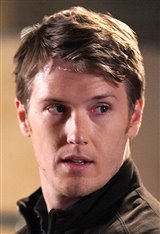 SPENCER TREAT CLARK Date of Birth: September 24, 1987 Spencer Treat Clark got his start early on stage. He participated in a workshop production of Who's on Top before landing a number of roles in television. He was a regular on the long-running daytime drama Another World for which he was nominated for a Young Artist Award for Best Performance by a young actor in a Daytime Drama. Spencer has also found work in television features such as It Was Him or Us and the pilot Long Island Fever. From... See All