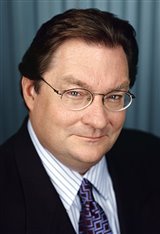 Stephen Root was born in Sarasota, California and spent 15 years honing his acting skills in theater before eventually making the switch to television and film.He received a BA in 1972 from the University of Florida, where he majored in acting and broadcasting. Originally intending to be a journalist, Stephen discovered his love for acting after attending a directing class. He began acting in New York, both off-Broadway and on Broadway.He did not make his screen debut until the 1980s. The first... See All