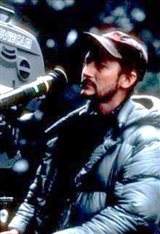 Born in California, Todd Field's initial interest in film was acting. He started his acting career after graduating from high school. Moving to the Big Apple to study the art, Field started performing with the Ark Theatre Company as both an actor and musician (he was a budding jazz musician as well). Field made his film debut as a crooner in Woody Allen's period piece Radio Days, followed by a small role in the teen comedy The Allnighter (both 1987). His first starring role came two years later... See All