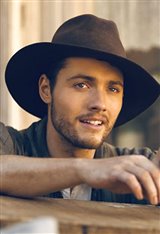 British actor Tom Lewis grew up in Leeds, England and received a BA in Acting from the Royal Academy of Dramatic Art (RADA) in 2017. He made his TV debut with a guest role as Dimitri Erasmus in 2018 on the popular BBC series Shakespeare & Hathaway: Private Investigators. The following year, he played a recurring role as Thomas Sowden on the HBO series Gentlemen Jack. Following two episodes of the British series A Discovery of Witches (shown in North America on Acorn TV and BBC America), Tom... See All