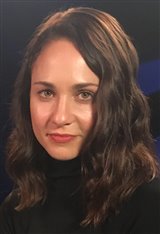 Tuppence Middleton was born in Bristol, England, the middle of three children. She began performing in grade school plays, then studed at a performing arts school called Stagecoach, where she learned drama and pantomime. Following that, she studied acting at the Arts Educational School in Chiswick, London, earning an honors degree. After making her television debut in 2008 with a guest appearance on the American TV series Bones, when it filmed an episode in Britain titled "The Yanks in the U.K... See All