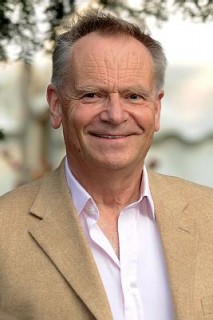 New Franchise Media Inc. has just announced that during the 2010 Toronto International Film Festival it has acquired the worldwide film, TV and all interactive rights to a large slate of bestselling novels by leading author Jeffrey Archer (pictured at left). Archer, the popular British author and politician, has optioned 10 of his action and drama titles to NFMI, an IP rights-development company based in Toronto, in what is one of the biggest option deals ever made between a bestselling author and private financiers.

“We look forward to developing these exceptional literary properties across film and television to excite Jeffrey Archer’s enormous worldwide fan base and new audiences alike resulting in productions with that must-see factor,” stated Jeffrey Steiner, NFMI’s President and CEO.

The slate includes both action and drama novels which have achieved demonstrated publishing success as reflected on the New York Times Bestsellers list. Most of the properties are in development, including an action/crime-caper story at the script stage entitled False Impression, which is anticipated as an international co-production. An action-spy thriller trilogy is also part of the slate as adaptations of Archer’s page-turning bestsellers A Matter of Honour, Honour Among Thieves and The Eleventh Commandment.

“I’m enthusiastic to see my novels move toward development as film and digital productions. Like any author, I am keen to see my books made into films, giving me the opportunity to reach an even wider audience,” explained Archer about the deal. “The stories of Jeffrey Archer are hugely popular in both domestic and international markets. His action/spy-thriller trilogy will become a worldwide marketing success. The opportunity is on par with Robert Ludlum’s 1980 novel Bourne Identity and we are just now considering A-list producing partners for this Archer venture,” added Mark Romoff, Executive VP of NFMI.

NFMI also plans to develop the newly-published version of Archer’s most famous novel Kane & Abel re-written by the author to mark its 30th anniversary in 2009. This popular novel has achieved over 85 printings and been published in 37 languages in 97 countries. Dianne Schwalm (a former topper for Warner Bros in Canada) and now NFMI’s VP of Partnership Development explained that “our company’s business strategy is to partner with cofinanciers and established producers experienced in the various genres to bring to life the compelling characters and unique storylines created by Jeffrey Archer and feature on-screen talent popular in markets worldwide. Archer’s stories are a natural fit for a range of media platforms, including independent and studio features, television & cable series and mini-series.”