Steve Carell and Timothée Chalamet, who play a father and son in the feature Beautiful Boy, walked the red carpet at Roy Thomson Hall prior to the TIFF premiere. Timothée stopped to greet fans, who had all sorts of items for him to sign -- including copies of the book Call Me By Your Name, which was the basis for the movie of the same name in which Timothée starred with Armie Hammer at last year's TIFF. Timothée received Oscar and Golden Globe nominations for his work in that film.

They were joined by young Oakley Bull, who plays Steve Carell's daughter, Daisy. If you didn't catch Beautiful Boy on Friday, there's another screening on Thursday, September 13, 2018 at 3:00 p.m. at Scotiabank Theatre on Richmond Street. ~Alexandra Heilbron 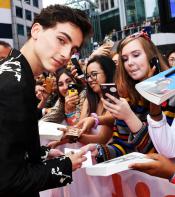 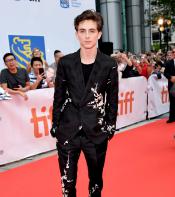 Timothée on the red carpet 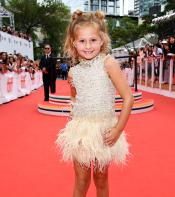 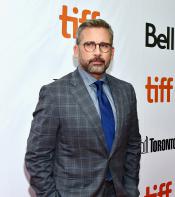