Steve McQueen's new movie, Widows, is jam-packed with stars and many of them turned up for the red carpet at the 2018 Toronto International Film Festival on Saturday, September 8, 2018 at Roy Thomson Hall.

Michelle Rodriguez delighted the fans waiting for a glimpse of the stars outside the theater when she approached and posed for photos, as well as signing autographs. Viola Davis also posed for selfies with fans. Liam Neeson, Colin Farrell, Daniel Kaluuya, Cynthia Erivo and Elizabeth Debicki took turns posing for media, while director Steve McQueen showed up with his wife, Bianca Stigter. McQueen is an Oscar winner for his hit film 12 Years a Slave, which was the 2013 TIFF People's Choice Award winner and took home three Oscars, including Best Motion Picture.

Widows is about four women whose husbands are killed while trying to pull off a robbery, so they decide to finish the job themselves. Widows opens nationwide November 16, 2018. ~Alexandra Heilbron 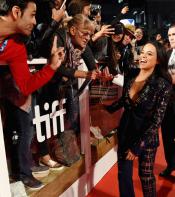 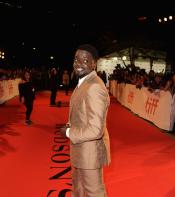 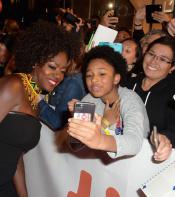 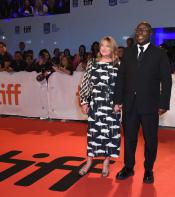 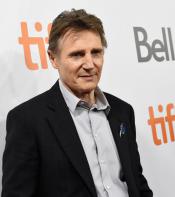 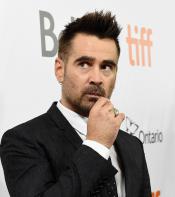 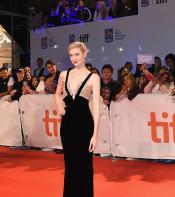 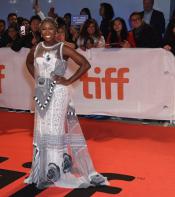