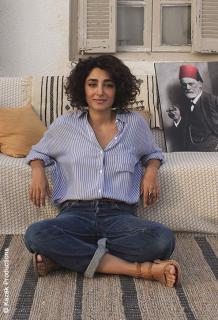 Arab Blues, the story of an outsider, who much like her country, is on a quest for her identity, has picked up a Canadian distributor with Films We Like.

This film, which just won the People’s Choice award in the Venice Days section at Venice Film Festival, stars Golshifteh Farahani as Selma, a psychoanalyst who wrestles with a cast of colorful new clients after returning home to Tunisia after years abroad in Paris, to open a new practice.

The sophisticated comedy is the feature directorial debut of Manele Labidi (who also wrote the script) and offers a fascinating window into modern Tunisia at a crossroads — on the one hand wanting to embrace more modernity, but still holding on to conservative values.

An exact release date has not yet been set. ~Alexandra Heilbron