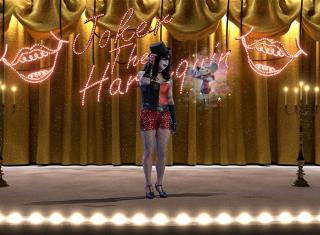 Vera Drew’s debut feature film, The People's Joker, has been withdrawn from the Toronto International Film Festival following its world premiere on Tuesday, September 13 as part of TIFF’s Midnight Madness section. All future screenings have been cancelled.

TIFF issued the following statement on their official website: "The filmmaker has withdrawn this film due to rights issues. We apologize for any inconvenience. Current ticket holders will receive an email from TIFF Customer Relations with information on their purchase."

Drew wrote the screenplay, and also directed and stars in the queer coming-of-age film, which is inspired by DC characters. In it, she plays a clown struggling with her gender identity as she aspires to join UCB Live, a popular TV sketch comedy set in the Batman universe.

During an interview for TIFF, she said, "I don't own Joker and Batman, but it’s a parody." ~Alexandra Heilbron