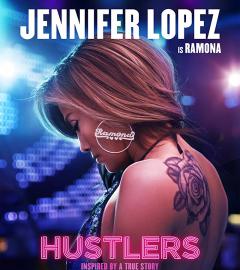 Among the A-listers walking the red carpet tonight are Brad Pitt for the premiere of his new movie Moneyball at Roy Thomson Hall; Ryan Gosling and George Clooney for The Ides of March, also at Roy Thomson; Megan Fox and Jon Hamm will be in attendance for the screening of their film Friends with Kids […]

BURIED Directed by Rodrigo Cortés. Starring Ryan Reynolds, Stephen Tobolowsky, Samantha Mathis. Buried begins with a Blair Witch close-up—all eyes and nose—of star Ryan Reynolds. In the next 90 minutes we learn he is a civilian truck driver in Iraq who was taken hostage, buried underground with a cell phone and a Zippo and will […]

Where to spot celebs at TIFF!

Restaurants and stores in Yorkville will soon be buzzing with Hollywood celebrities.  If you want to see stars once the Toronto International Film Festival has begun, they can usually be spotted during the day getting their caffeine fix in Yorkville coffee shops like Starbucks, Lettieri or Second Cup. In the evening, or for lunch, you […]