'The Old Man & the Gun' Trailer

Based on the true story of Forrest Tucker (Robert Redford), from his audacious escape from San Quentin at the age of 70 to an unprecedented string of heists that confounded authorities and enchanted the public. 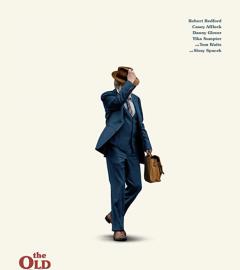 Robert Redford has announced that after his film, The Old Man & the Gun premieres at the Toronto International Film Festival, he'll retire from acting.

Robert Redford on being director and actor

His first film in five years, Robert Redford re-enters Hollywood with a stunning performance in The Company You Keep, as both actor and director. At 76, this could signify a revival of his career, as he is also set to star in next year's All Is Lost. We had the chance to talk to the legendary actor about what it […]

Another high-profile distribution deal was announced on Day 8 of TIFF, with the Nicole Kidman drama Rabbit Hole being picked up by Lionsgate.

Wednesday afternoon brought news of a wave of distribution deals being done at the Toronto International Film Festival, including one for Robert Redford’s latest directorial effort The Conspirator.

At the halfway point of the Toronto International Film Festival, news of several distribution deals has emerged, while some high-profile films are reportedly still waiting to be picked up.

Between The Town and The Conspirator, day 4 of TIFF may have been the biggest yet.

Celebs galore at The Conspirator premiere!

Director Robert Redford and his star-studded cast turned out for the premiere of The Conspirator at Roy Thomson Hall.

TIFF fans were treated to a whole host of stars walking the red carpet for the premiere of Robert Redford’s directorial effort The Conspirator at Roy Thomson Hall on Saturday night, including the Hollywood legend himself.

Saturday is shaping up to be another action-packed day at TIFF, with a full day of screenings and a night of parties ahead for fans and celebrities.