Tilda Cobham-Hervy and Evan Peters talk 'I Am Woman'

Tilda Cobham-Hervey and Evan Peters, who play Helen Reddy and Jeff Wald in I Am Woman, talk about getting into character and how they prepared for the roles. The duo tell Tribute’s Marriska Fernandes about how they worked on some intense scenes together and also reveal the anthem song of their life. Tilda also dishes […]

Unjoo Moon and Danielle Macdonald talk 'I Am Woman'

Director Unjoo Moon and Danielle Macdonald, who plays Lillian Roxon, talk about the significance of I Am Woman. While Unjoo reveals why she chose to make a film on Helen Reddy, Danielle dishes on the parallels between herself and Lillian. They also tell Tribute’s Marriska Fernandes what would be the anthem song of their life.

Claes Bang, who stars in the thriller The Burnt Orange Heresy, talks about how he prepared for the role and why he signed on for this project. He also tells Tribute’s Marriska Fernandes about working with Donald Sutherland and Mick Jagger and dishes on which actor he would like to interview someday.

Giuseppe Capotondi, who directed the thriller The Burnt Orange Heresy, talks about why he chose this project as his next film after he made his directorial debut ten years ago. He also tells Tribute’s Marriska Fernandes about bringing Donald Sutherland and Mick Jagger on board, and dishes on which director he would like to interview someday.

When the patriarch of an eccentric, combative family dies during a gathering, Detective Benoit Blanc (Daniel Craig) and his partner, Detective Troy Archer (LaKeith Stanfield) are sent in to investigate.

A World War II satire that follows a lonely German boy named Jojo, whose world view is turned upside down when he discovers his single mother is hiding a young Jewish girl in their attic. Aided only by his idiotic imaginary friend, Adolf Hitler, Jojo must confront his blind nationalism. 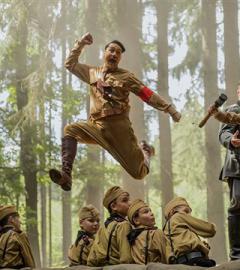 Click here to find out all the winners at the 2019 Toronto International Film Festival, including Jojo Rabbit by Taika Waititi, which won the Grolsch People's Choice Award.

The remarkable true story of the visionary American car designer Carroll Shelby (Matt Damon) and the fearless British-born driver Ken Miles (Christian Bale), who together battled corporate interference, the laws of physics, and their own personal demons to build a revolutionary race car for Ford Motor Company and take on the dominating race cars of […]

Bruce Springsteen talks about his new film Western Stars on the red carpet. 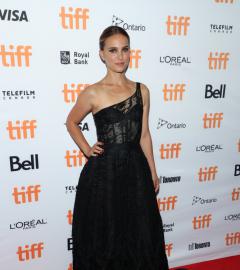 Natalie Portman graced the red carpet for the premiere of her new film, Lucy in the Sky, at the Princess of Wales Theatre.