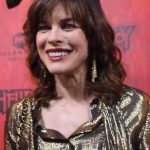 David Harbour and Milla Jovovich walked the red carpet in Toronto last night for their new movie Hellboy. We chatted with them about the film and more.

Milla Jovovich’s family ”connect” by sharing a bed. The ‘Resident Evil’ actress and husband Paul W. S. Anderson co-sleep with daughters Ever, seven, and Dashiel, five weeks, and believe doing so has made them closer and earned them more respect from …

Milla Jovovich has shared the first picture of her new baby daughter. The ‘Resident Evil’ actress and director husband Paul W. S. Anderson welcomed second child Dashiel Eden into the world yesterday (04.01.15), and the proud mother – who also has seven…

Milla Jovovich is already preparing to return to work. The actress is 10 weeks away from giving birth to her second child and is being careful not to gain too much weight as she will begin filming ‘Resident Evil – The Final Chapter’ just a …

This butt-kicking babe is one fit mom! The Resident Evil action star, musician, fashion designer and model is married to Paul W.S. Anderson, director of the apocalyptic movie franchise. Their daughter, Ever Gabo Anderson is a...

Resident Evil's Milla Jovovich struggles to regain her memory as to what her mission is, while fighting zombies and mutants before the T-Virus escapes....

Milla Jovovich, 33, married longtime fiancé Paul W.S. Anderson, 44, at the couple's Beverly Hills home on Saturday. The two, who've been engaged since March 2003, met in 2001 when he directed her in Resident Evil. They ha...

Milla Jovovich’s two-year-old daughter wants to be a naked model for Halloween this year. The 34-year-old actress has admitted accidentally allowing her daughter Ever to see pictures of scantily-clad ladies on the wall of ... 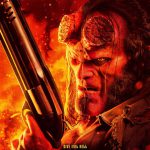 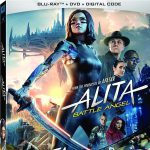