Stars come out at the Producers Ball 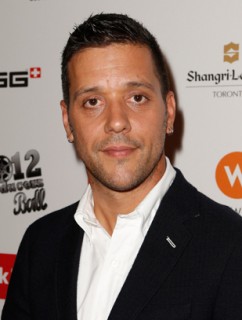 Last night, the 2nd annual Producers Ball was held at the Shangri-La Hotel Toronto to celebrate actors, directors and producers in the industry. Hosted by Drew and Jonathan Scott of W Network's Property Brothers, the event was star studded. Tribute had the opportunity to chat with celebrities on the red carpet about TIFF. We wanted to know which films the stars wanted to see at this year's festival. Amy Matysio, who's appeared on shows such as Corner Gas and Renegadepress.com looked gorgeous in black as she expressed her interest to see Picture Day, starring her friend, Tatiana Maslany. CBC's George Stroumboulopoulos stopped by next and gave his input on some of the films he's already seen. "Antiviral - really good, really cool and Quartet - so remarkable," he told us. Award-winning Sharkwater director Rob Stewart, whose new film Revolution is premiering at TIFF, also walked the red carpet. And lastly, the men of the night, hosts Drew and Jonathan Scott came to talk TIFF. Both were anticipating seeing Brandon Cronenberg's Antiviral, which seems to be creating quite a buzz. ~Shelby Bronstine